is composed of a towing vehicle and cars measuring a total of 19m length. The cars are closed and heated in winter. The cars are equipped to resemble city buses, and fitted with audio / video eqipent, so that tourist guide may plug in a microphone, among other things. The roof of the vehicle includes 12 photovoltaic panels fuelling the train with electricity during the ride. The electric motor of the vehicle works by two stage recuperation, charging battery cells while braking, particularly when driving downhill. The top speed of the train is 25 km / h. Urban operates according to the schedules published online.

For everyone who walks with difficulty, access to all major destinations in the city walking zone is provided by five electric vehicles "Kavalirs". A Kavalir can take up to five passengers at the same time. Due to its low speed, you can also stop Kavalir while he is driving. To ride a Kavalir, it costs nothing. Around November 1st, some of them move to Žale graveyard area in order to be of assistance to elderly people. 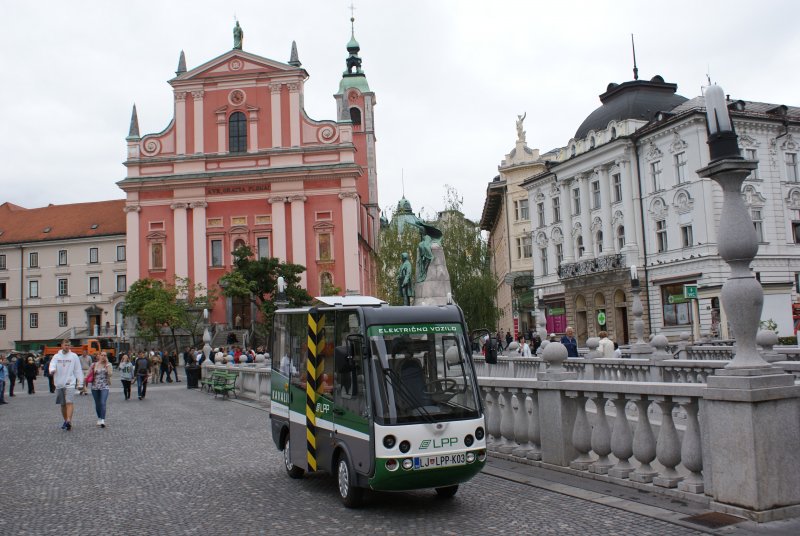 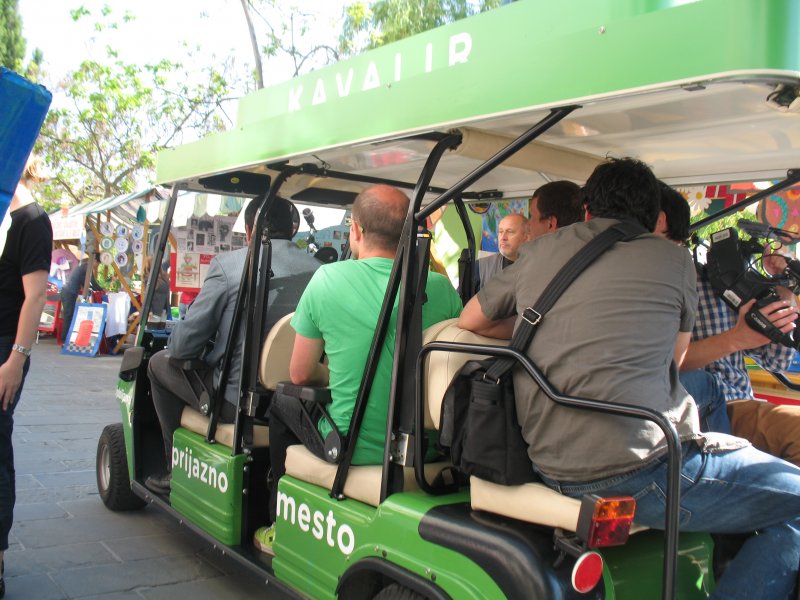